Nikhila Vimal is just two films old but already has a fan following of her own thanks to her fresh, homely looks. With contrasting roles in two successive Sasikumar films – Vetrivel and Kidaari, Nikhila is in a good space. And she is a Tamil-speaking heroine, for a change. Here, she chats with Kaushik LM in an interview for Only Kollywood.Your first two films offered you completely contrasting roles. Which one is closer to your real life self?“Kidaari’s ‘Chemba’ is closer to my real self. Not totally, but her manner of walking and some of her expressions are what I do in real life. I was able to relate to this role more.” Though Vetrivel didn’t have a good run in theaters, the song ‘Unna Pola Oruthara’ gave you good recall among the audience. Did Vetrivel live up to your expectations or was it a letdown?“I didn’t have any expectations about the film. I just got the offer from Sasikumar sir’s Company Productions and accepted it due to the reputation of the team. The film has given me lots of benefits, beyond my expectations and it led me to Kidaari. That particular song helped people recognize me all over. Vetrivel is not a low for me, but a definite success.” How has the Kidaari experience been? The film has opened well ..“Generally I don’t expect much from anything, that’s my nature. I concentrate on my part and make all my contributions. Other things are beyond my control. But I had good expectations from the team and believed that they will take the film in the right course.”TN audiences have given the thumbs-up for your pairing with Sasikumar. How do you rate this pair as a normal cinema viewer?“Kidaari happened by chance. They were actually on the lookout for a new heroine and I also referred a couple of people I knew. To answer the question, I am very comfortable working with him and his team. So I like the pairing obviously.”How did films happen in your life? You always had such aspirations?“I didn’t have cinema aspirations as such. Before I could have any inclination or ambition in life, I got into cinema as a child artiste during my 8th standard. I just took up the opportunity and had no specific intention to get in. But now, I have to fulfill the expectations that people have on me. I have that responsibility to satisfy viewers.” The actors and actresses that you see as your role model?

“A lot of people commented that I imitated what Ananya did in Naadodigal. I don’t even remember seeing Naadodigal, as I was a child then. I wasn’t into action films and violent ones, as I was scared of such flicks. I was into comedy more. After Kidaari’s shooting, I saw Naadodigal again. I didn’t imitate her and just performed like how I would, relating from my life’s experiences.I like watching people perform in their own individual styles. I don’t want to imitate or follow any actor, and wish to follow my own style. I like many actors like Meera Jasmine, Shobana, Parvathy Menon, Lakshmi Menon, Dhanush, Suriya and Vijay. And I see films featuring experienced character artistes like Prakash Raj and Nasser even more carefully.”Any wishlist of directors to work with? “There are lots of good directors like Balaji Tharaneetharan, Raju Murugan, Gautham Menon etc. The good heroes will automatically be there in their films (laughs). I’ve seen the best films of all the noted directors, and I like the way they utilized their actors so well in these films.”What next?“I’ve not signed any new films. I did a film called Panju Mittai about 3 to 4 years back, but it is yet to release. That part would be totally different from Vetrivel and Kidaari. I play a completely innocent, ‘loosu’ type girl. Going forward, I want meaty parts and am listening to stories, waiting for the right one.”, signs off Nikhila. Best wishes to you … 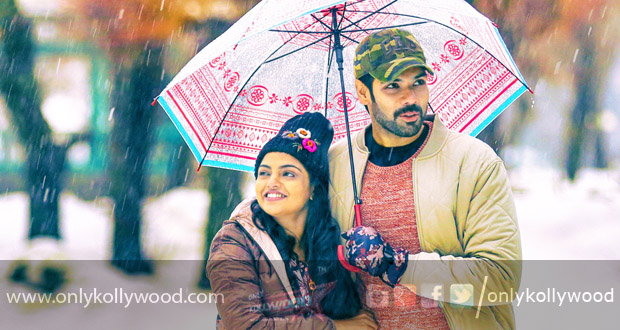 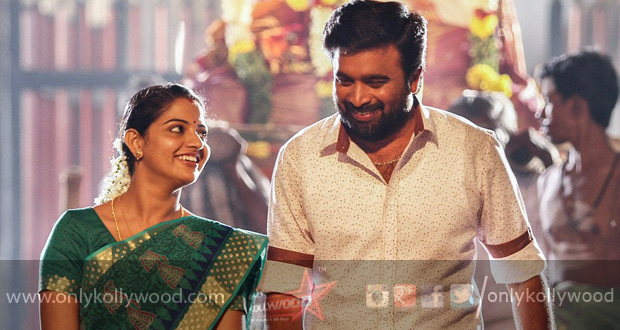 Sasikumar and Nikhila team up again for ‘Kidaari’