In a freewheeling chat with Only Kollywood, actor Gautham Karthik talks about Mr. Chandramouli and his experience of shooting for the film along with his own dad Karthik.

Reason for signing this film

I loved the travel of the script. Thiru has given me a challenging base with scope for performance, in a story that checks all the boxes.

At the outset, there was a thought at the back of my mind that I’ve to do films that cater to all types of audiences. But my main idea, was to find out my strengths and weaknesses. If I can do different genres, I will be able to break 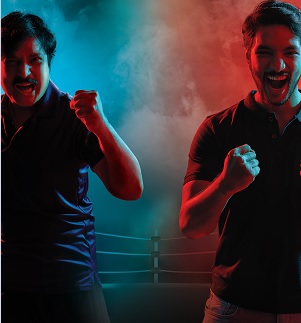 through my rough areas, and that is what I have absorbed from this experience.

Totally new experience for me! Since I did my schooling in a convent, I could not spend much time with my dad during my early days. I didn’t even know how he behaved in a shooting spot. Only through Mr. Chandramouli, I realized what a living legend he is.

IAMK and the likes were big grossers, but those films are completely different genres. There’s no relation with this film. This one is a full-and-full family entertainer. However the mindset of the viewer is while he walks in, he will be happy when he arrives at the end of the film.

Thiru had told me well in advance that there was going to be a romantic beach number in the film, and that I had to go bare body for it. I started working on my torso, hitting the gym and all that. But, the magic that was created on the sets was unreal. Richard and Brinda master brought their best to the table. Even Sam for that matter, came up with a superb number. Using just natural light and mirrors, we shot the song which is the talk of the town today.

Gautham Karthik plays a boxer in Mr. Chandramouli, which hits the screens on July 6th worldwide. He has been actively involved in the promotions of the film right from day 1, and will be starting the shoot for his rural entertainer Devarattam soon.