An outstanding socio-political satire that will win your heart.

Political-social satires are a rarity in Tamil cinema, and the main thing is how they do not get cheered into the right format. At times, such genres tend to get into a very serious mode, which takes away the real essence of the film. But here comes Mandela, an outstanding socio-political drama that has a splendid plot and theme about voting and carries its momentum for most parts, successfully.

The film takes place in a small village where two parties carry out their campaigns for the forthcoming elections, which is to take place in a month’s time. The parties go to long lengths to find out how many votes they will get on each side, and even arrive at the fact that they are in a dead heat. The final vote matters the most, and it will be dealt with by one man – Yogi Babu who plays ‘Style’. What happens from thereon forms the crux of Mandela, and this is a film packed with as many emotional moments as there are entertaining ones.

The first half of Mandela gets busy telling the audience about the village and its long list of characters, who all have superb roles etched out with scoring moments too. The film’s big question mark is answered in the interval sequence, after which the film takes the route that we predict, only to surprise us bit by bit and end in a very convincing manner. The dip after the interval is the only negative in an otherwise perfect film that has more positives than negatives. What clicks the most in Mandela is the film’s ability to keep things on a jovial and jolly manner despite dealing with such a theme that is so relevant in today’s times.

Yogi Babu gets a strong, full-fledged role that hands him a plethora of emotions, and he takes it by the horns and performs to the best of his abilities.

The comic touch that he is able to bring is Mandela’s x-factor, and that adds so much uniqueness to the film. The actor also gets his own share of mass moments, which come forward in the latter half of the film to surprise us. Amidst the rest of the cast which is packed with relatively new actors who do a great job, Sheela Rajkumar and Kanna Ravi make a mark. The little kid’s presence is also a good one.

DOP Vidhu Ayyana does a fantastic job of capturing the village’s intricacies, while music composer Bharath Sankar superbly understands the requirements of the script and delivers it well. The score of the film deserves a special mention as it brings in a world-class touch, especially in the final stretch.

On the whole, Mandela is a highly convincing film that puts across its viewpoints in a lovely manner. Be it the nuanced touches or the long skits which take place in many parts, this is a film which is made on a small scale but with a lot of heart and mind. Mandela Movie Review by Siddarth Srinivas

(Mandela is set for direct television premiere in Vijay Television on April 4th, 9:30AM and to stream in Netflix from April 5th)

Vijay Antony’s Kodiyil Oruvan to hit the screens in the second half of April? 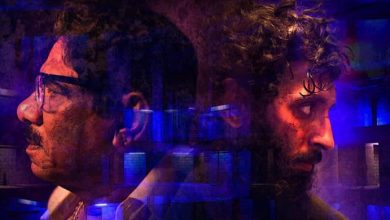 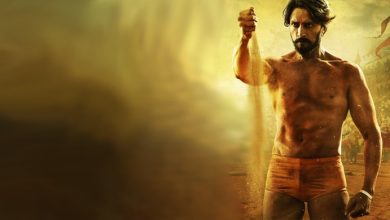