This week, an interesting film comes to theatres. Directed by debutant Manoj Beedha, Vanjagar Ulagam is a thriller which has heavy shades of Tarantino, Guy Ritchie, David Fincher and even our very own Selvaraghavan. The film has famous names such as Guru Somasundaram and John Vijay in it, but it might be much more than that. Read on, as we try to get answers from the director. 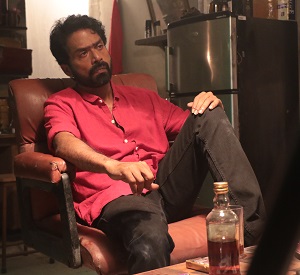 What kind of a film is Vanjagar Ulagam?

It is a thriller, at baseline. It will keep you guessing throughout. There are a lot of junctures where your mind would be thinking how this one would go, we wanted to keep the audience guessing. I’ve tried to take a deeper look into the life of a gangster and how a society influences them.

How hard was it as a producer to make this film, being a first one?

At first, we had planned it as a small, independent film. But later on, the budget grew as we didn’t want to compromise on important aspects. I love visuals, I feel the audience get connected to the film easily if we can organize a quality viewing experience for them. When your actors are in between a particular lighting pattern, it’s easier for themselves to adapt to the character. So, it was really hard to put everything together.

When people have gone big, they have forgotten the smaller talents. I hope the industry can rearrange itself to bring people like us up. After the strike, lots of intentions came up that looked promising, but now, nothing has changed.

What’s so different about Vanjagar Ulagam that sets it apart from other gangster films?

This is more about a gangster’s inner conflict, and how he reacts to his tricky situations. I’ve tried to break some clichés as well, and the film is not just about Guru Somasundaram’s character even though his presence will be felt throughout. There are 3 more important characters.

New directors go to the thriller genre a lot. Was it your idea to go ahead with that from day 1? 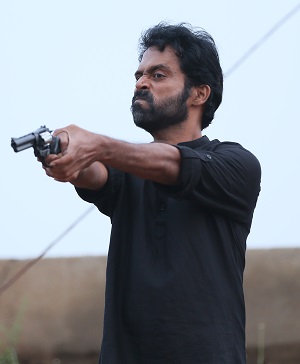 I actually wanted to make a poetic love story, in fact I’m planning that for my second film. But I was open-minded, and wanted to work on what I could. Even though my film is a thriller, it has a strong emotional connect.

On Sam CS’ work for the film.

He is one composer who gives importance to BGM more than songs. I gave him a reference of the music that is played at marriages, and he came up with a superb Maangalyam dubstep for the interval block. He’s a hugely talented musician who hates to copy or pick music from existing sources. Completely original is his motto.

Trailer of Vijay Deverakonda's NOTA will be released on September 6th