His career may have started off with an incomplete film named Vettai Mannan, but Nelson is all set to make his formal debut with Nayanthara’s Kolamaavu Kokila that hits the screens on August 17th. Only Kollywood managed to catch up with the director between the final mixing process, to talk about the journey and the making of the film. Excerpts from the interview, down below.

Going by the trailer, Kolamaavu Kokila looks like a mixture of many genres. What kind of a film is it in its actual sense?

You cannot squeeze CoCo into a particular genre. It has many things going into it such as crime, comedy, emotions and thrills as well. The situations in the film define the genre for that instance. 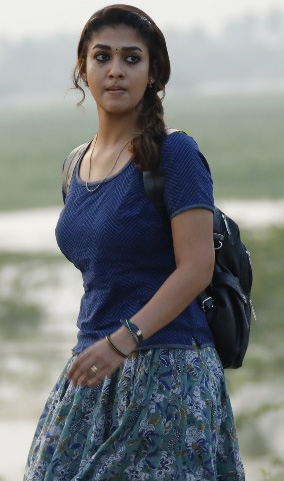 At what point of time did you decide that you had to do this film with a heroine in the lead, and not a hero?

If this film would have been made with a hero, it would have become another normal tale. Right from the writing stage, I had my intentions clear that it was going to be a women-oriented film which also shows the vulnerabilities they face.

The promotional run of the film has been done uniquely with original music videos that have been exclusively shot for this purpose. How did that idea come up?

These days, many production houses are releasing the music videos picked out from the film itself. We did that for Kalyaana Vayasu. But our songs are connected with the storyline and will be exciting when they appear in the film, so we wanted to take a different route without revealing it earlier. Instead of the usual lyric videos, we believed that promotional music videos would help the songs get registered easily in the minds of the audiences.

How did Vignesh Shivn come on board to direct the last two music videos?

During the final stages of our film, there was lot of work pending and I had to always be on my heels to finish it all. I 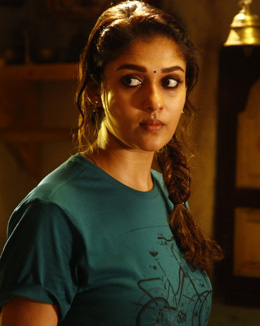 was interested to do it at first, but then decided to outsource it in order to concentrate on the film. Since Vicky (Vignesh Shivn) is a mutual friend for both myself and Anirudh, so we requested him to come on board and he instantly agreed.

The journey from Vettai Mannan to Kolamaavu Kokila.

I don’t know why Vettai Mannan got stalled. It took me a long time to come out of it, because it was a big process wholly. After that phase, I had 2-3 ideas in mind and was working on them simultaneously, but things progressed once I got the idea of Kolamaavu Kokila. I worked on the script for a period of 6-8 months, and approached Nayanthara in the final stages. Today, the film is ready for you all to watch.

Telugu blockbuster RX 100 to be remade in Tamil with Aadhi