After taking to his Twitter page to mourn the shocking demise of three technicians, including his assistant director Krishna, director Shankar has now released a statement announcing Rs 1 crore as relief to the families of the deceased in the Indian 2 crane accident mishap.

Shankar has also deeply grieved the loss of lives, adding that he would have felt satisfied had the crane come crashing down leaving him dead instead of the other three. 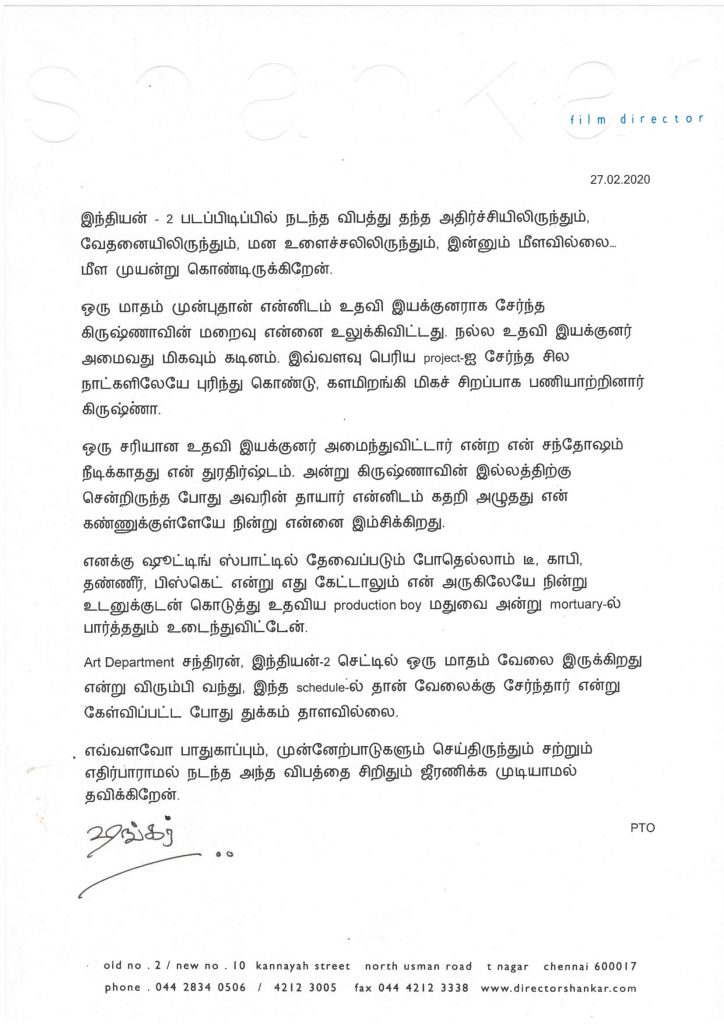 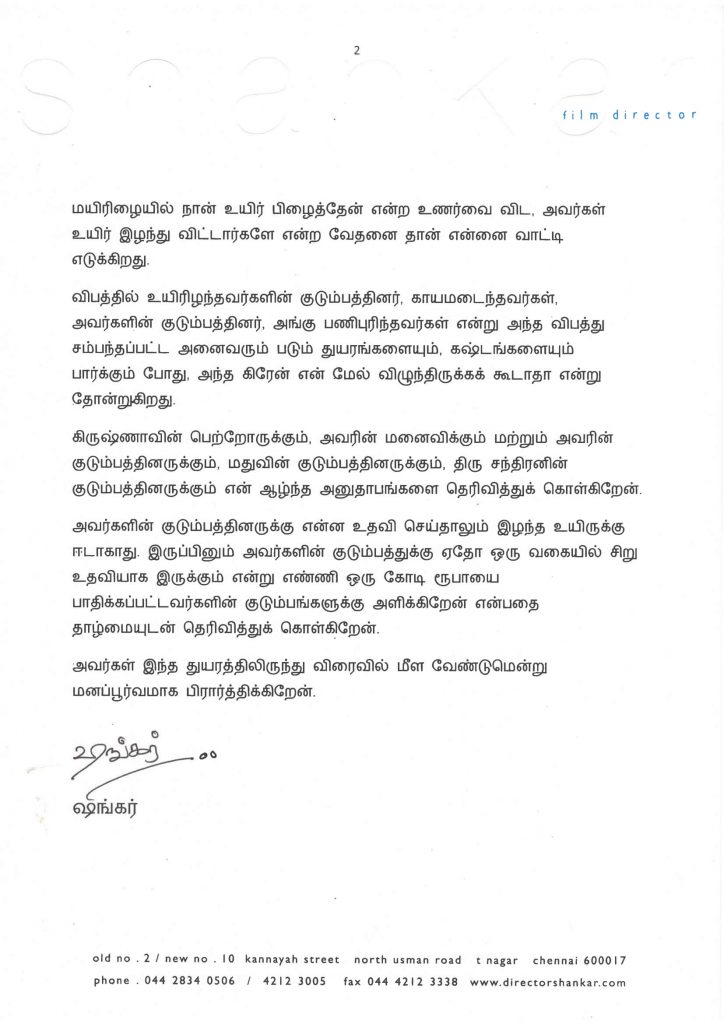 Master audio launch likely to be held in Leela Palace

Sunainaa and Krishna to tie the knot soon?