Resul Pookutty, who made the nation proud with his Oscar award, is all excited about his debut as an actor in ‘Oru Kadhai Sollatuma’ directed by Prasad Prabhakar and produced by Rajeev Panakal for ‘ Palmstone Multimedia’.

Speaking about this, Resul Pookutty said, “I don’t play a typical hero in this film. My real life dream, for a long time, was to record the sounds of Pooram festival live. This story is about a sound designer who intends to do that and I play that central character. The magnitude and magic of Pooram are very difficult to explain in words and more than 300 musicians play in the festival. It was such a challenge but a dream come true to record all the sounds live. These sounds which I recorded are going to be a part of my library. This movie is designed in a way that even a visually challenged person can totally understand and enjoy it. I am proud to have done this film and I am sure the audience will appreciate our monstrous efforts and are in a for a new experience in Oru Kadhai Sollatuma.”

The latest news about ‘Oru Kadhai Sollatuma’ is that the making video of the movie has crossed one lakh views in just few days of its release.

Reba Monica John signed to pair opposite Chandran in Daavu 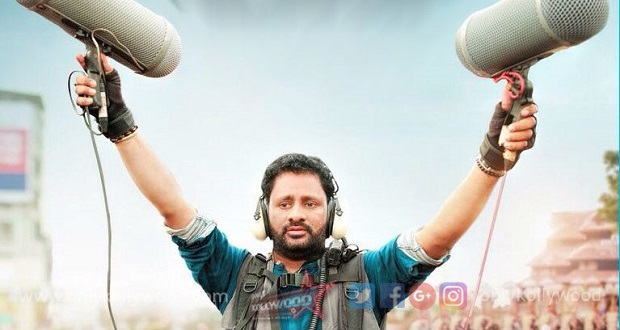 My life-long dream was to record the sounds of Pooram live: Resul Pookutty