Vijay and Atlee are a proven combo who’ve already delivered two blockbusters which are the favorites of fans till date. The two previous films were good examples of new-age masala entertainers that made great use of the star and elevated things at the right places. But with their third time union in Bigil, the duo have coupled up the entertainment factor with a strong emotional core. Without a doubt, Bigil goes down as a fabulous entertainer that comes with everything that you want from a biggie, though it does miss the bus at few places.

Bigil brings us the story of Rayappan, Michael, a world of characters around them and the game of football which strings them all together. The film is tailor made for Vijay to unleash his histrionics in full force, and boy that’s exactly what happens from the get go. Things might seem a little laid-back in the first half, but from there on, Bigil is a film that gets better with the passing minute, engaging you in a way that you haven’t seen too often in Tamil cinema. While the first half paves way to Vijay’s starry image apart from introducing us to the conflicts, the second half is an emotional tour de force that will connect with you in some or the other way.

Despite a few lags here and there, Atlee keeps the ball rolling throughout the film through his little and large commercial touches which are a treat to watch. His idea bank, modeling of characters and the interesting situations that he puts together take us through the proceedings with a lot of charm. Though some sequences might seem staged, he is right on the money when it comes to the parts of the film that really matter. The hour post interval is the best part of the film, with so many memorable emotional moments.

It is indeed one of Vijay’s career-best performances, giving in his all to the film at every point. After Kaththi, this is an opportunity for him to showcase the actor wholly, and there are simply no complaints on how he could have done it better.

Vijay’s strength lies in his impeccable ability to hold through the different moods of the film, with the transitions being smooth as silk. Next in line come the team of footballers, who all make a mark through the moments they get in hand. While some of the arcs might seem a little far-fetched, they all slide in well with the larger-than-life experience that the film tries to provide. Out of the lot, Varsha Bollamma and Reba come out shining with strong scenes and acts in the second half that will get etched into your minds easily. Nayanthara comes in and tries to help with the lighter moments of the film, but the scenes in the first half do test our patience. In the rest of the supporting cast, Amritha Aiyer is the pick of the lot doing a better job than the men in the cast.

Bigil is a film where everything comes together pretty well in the technical department. GK Vishnu’s cinematography is phenomenal, making this 180 crore film look like a 300 crore one. The football scenes aren’t as great as they ought to be, but they do fit in decently to the film’s motive. Ruben’s seamless cuts make sure that the film doesn’t feel too long despite a 3 hour runtime.

With Bigil, Atlee walks the talk by pitching the women empowerment angle of the film in style. After a superb first 20 minutes, things might slow down a bit, but all is well in the tightly packed second half of the film that fulfils our expectations. Bigil comes off as a very satisfying entertainer on the whole, and that does suffice.  Bigil Movie Review by Siddarth Srinivas 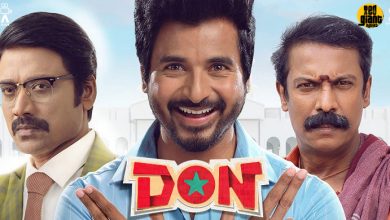